Choose from our Cognitive Tests

In addition to the above, the COPAS provides a profile of the six most important cognitive constructs, for example: analytical, original and figurative thinking in problem solving. It also provides the measure of accuracy the testee completed the test with. The COPAS is quick and easy to perform and takes approximately 60 minutes to complete – depending on the areas the user wants to measure. The user is provided with a variety of options as to what cognitive information he wants printed out to best serve his needs.

It also offers a low level cognitive measurement in the form of VERSION II.

Comprehensive measure of cognition as applied in the world of work.

GENERAL USE AND DECISION-MAKING RULES 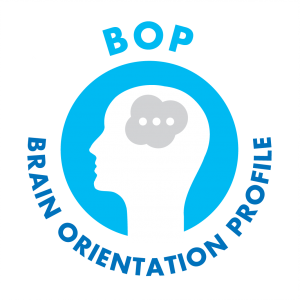 The BOP measures the testee’s brain orientation by using 100 items.   There is no time restriction applicable and it takes about 20 minutes to complete.  The user has the option of having the BOP questionnaire completed, which forms part of the COPAS test booklet.  Similarly the user has an option of having the results printed in a dedicated BOP summarised report or only as category F which forms part of the COPAS summarised report.

Research shows that people are born with either a Left or a Right Brain dominance which is classified as a genetic phenomenon.  Brain dominance is not rigid or statistic, nor is a person bound by the hemisphere (left/right side of brain) he/she is accustomed to using.  Response to sensory input and external stimuli can change over time if a person changes their thinking patterns – they can learn to think using the opposite hemisphere.

The ‘left-brainers’ are typically the more rational, analytical, logical, structured, factual, detailed, scientific, numerical, serious and down to earth realistic and practical type who like order and are guided by proven principles.

The ‘right-brainers’ are typically the more creative, open-minded, flexible, unstructured, ‘free-floating’ and intuitive type who see the ‘bigger picture’ and are more emotional, imaginary, artistic and light-hearted (playful) in their orientation.